Breed  . .
A large blue duck of unstable colouring... There is no such thing as a Black Swedish it is the occasional result of any unstable blue-blue mating as is 'Splashed" it is not shown or bred from but a good pet duck.
It is a medium  large sized duck that weighs between 6.5 and 8pounds; males usually weigh more then females.

The color of Blue Swedish ducks is due to heterozygosity in a colour gene.Ths silvery ones are kept if female and used with darker males
If a Blue Swedish duck and drake breed, the young are the usual 25% /50% / 25% ratio in:-
* 25%: A homozygous form, black where the blue should be.
* 50%: As the parents.
* 25%: The other homozygous form, splashed or silver with combinations of blue and black and white.

Carriage;Similar to the Campbell ducks but a substantially more well built duck ie useful for the table if needed
Purpose;..........Eggs..Meat...Broody...a good utility duck

Breed Tip****Meat Production:(Drakes) Will reach table weight on food and scraps by 16 weeks then not put on any weight until 2yrs +
Flying .rarely flies a good back garden all rounder;

** there is no such beastie as black Swedish** it is a reject not for breeding conversely the pale females breed good stock..there is a Shetland duck rare but lighter in size ie Campbell sized but many lack the proveable leg ringed history/provenance 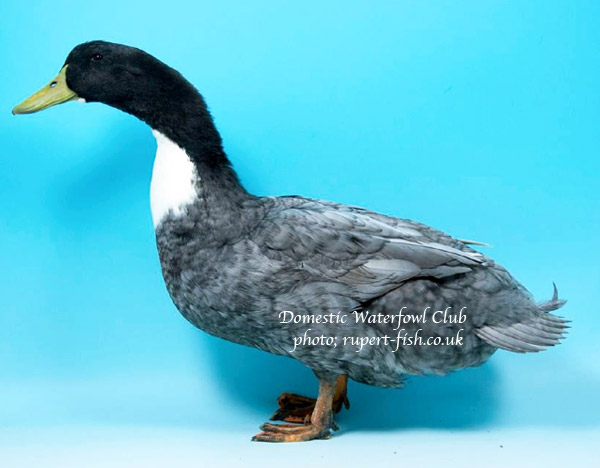 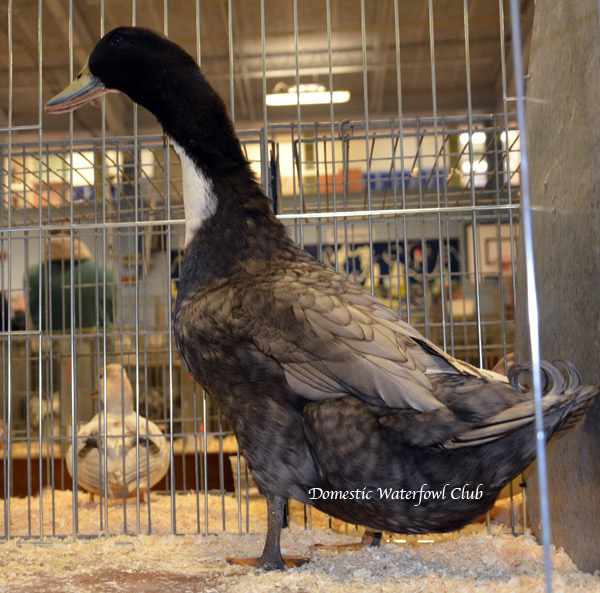 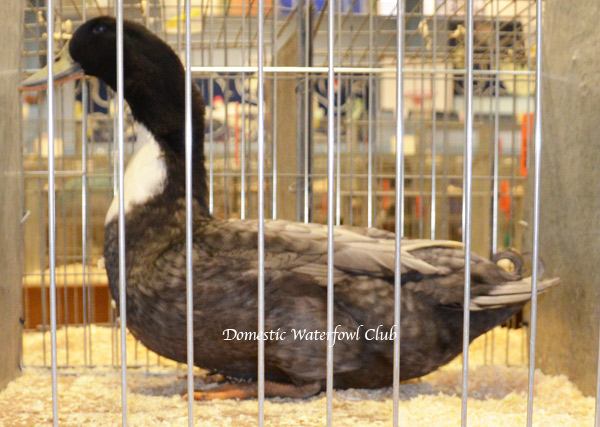 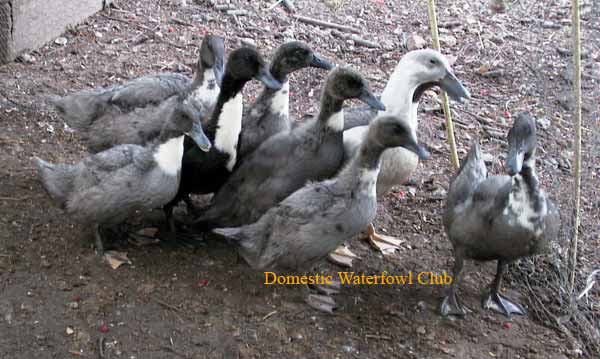 Babies showing one light , one mismarked and one too dark (black) 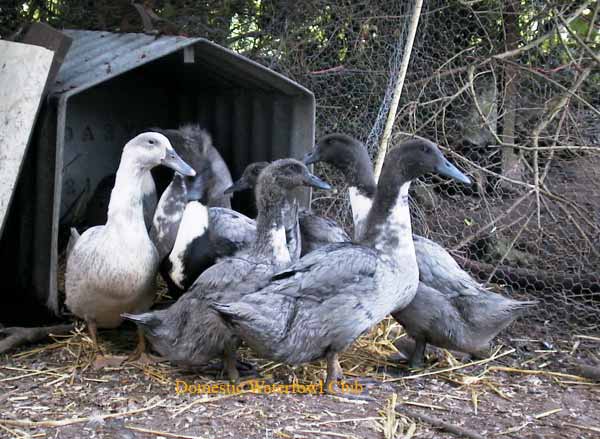 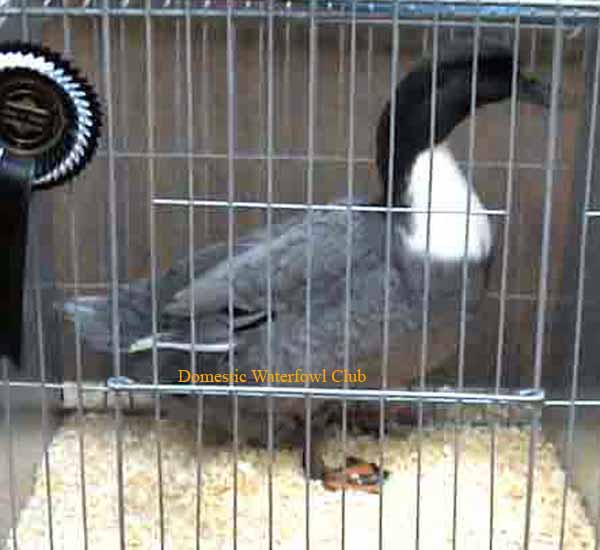 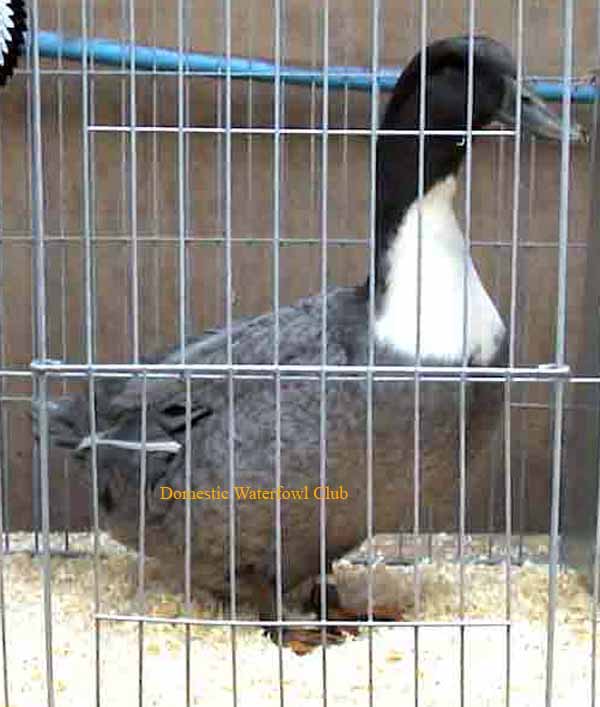 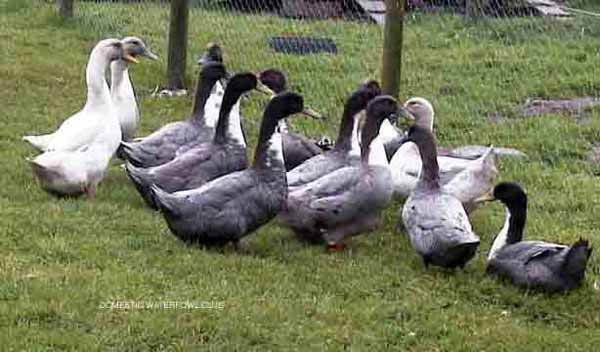 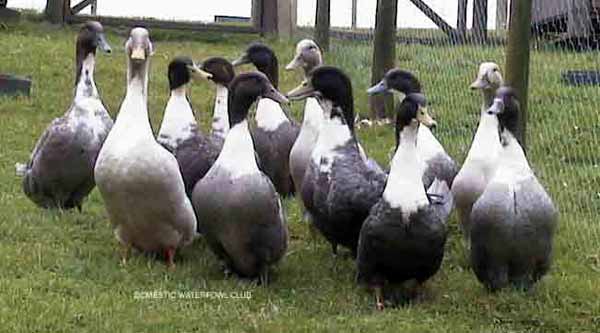 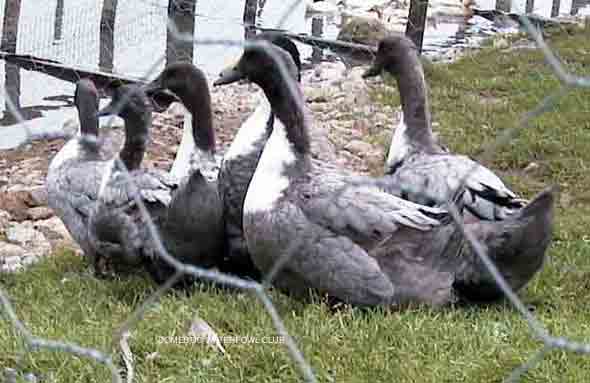 Breed History :- As early as 1835, the blue Swedish duck was being raised by farmers in Pomerania, which back then was part of Sweden, thus the name.

From Lewis Wright 1901 edition and the 1870's  The late Mr. Teebay several times told us that about 1860 there was a recognised local race of Blue large blue ducks in Lancashire, and Ducks. more or less of that colour would be produced by crossing white with either black, or even any dark breed like the Rouen. The same colour has been imported and bred in the United States under the name of blue Swedish ducks, which it is said really were introduced from northern Europe, and only differ from the foregoing in having a white throat or semi-collar at the front of the base of the neck.