Indian Runner  Ducks.
Breed History; . . .
These were introduced from Malaya by various ships Captains and were found in the Cumberland and the Dumfries area.Though references point to Malaysia and the East Indies, the Indian Runner was originally brought to England from India by a sea captain to Whitehaven and presented to Mr J. Donald Sr in Wigton in West Cumberland some time around the 1840s. The same gentleman imported a few more some years later and his stock at Wigton Yards was mentioned  in the early 1840's  and were often referred to in the area as Penguin Ducks  which is actually another breed now extinct causing much confusion in researchers check ' History and Description of the Indian Runner Duck,' by Mr.J. Donald, of Wigton, published  about 1890, . Henry Digby imported a few more birds in 1898. in 1896 a large class of twenty-one pairs was got together at Kendal Show, chiefly by the efforts of Miss Wilson- Wilson, of that town. This was the beginningof their popularity, the display at Kendal being rapidly followed by classes at the Dairy, Crystal Palace, and other great shows In Races of Domestic Poultry published originally around 1906, Edward Brown theorises that 'it is probable that the present-day Runner ducks are either directly or indirectlydescended. Some early books also refer to them as Penguin ducks but the engravings are of somewhat chunkier birds . They were such good layersthat by 1896 there was a special Indian Runner class in the Dumfries Show and the standard was recognized in 1907 when the Fawn and Whitewas noted. By 1913 the Fawn followed and in 1926 the Black and the Chocolate. Cumberland Blue were also mentioned in various literature.Many early Asian travel books mention upright stanced ducks often kept on latticed bamboo over the Carp ponds as their cylindrical posturelent itself to an early form of Factory farming / Food Cycle; this is also shown in Chinese artwork . Three hundred egg Indian Runner ducks were described and illustrated in the poultry press of 1912 to 14, but the 200 egg is more common now with 100 being the least laid comparedwith a good laying chicken of 150 per annum.
Indian Runner ducks have a distinctive type, the long, flat, straighthead and long, slender neck forming, in shape, and umbrella handle and stem; the back should be long, straight and carried upright, and withthe body should take on almost horizontal bearing At present the Colour range is still expanding with the Black Chocolate and Blue often losingcolour especially in females with age and the males succeptible to throwing odd white feathers after injuries /fights with other drakes.In solid colours such as blue/chocolate and black all young males should have NO white feathers they may appear from fighting but neverfrom age . 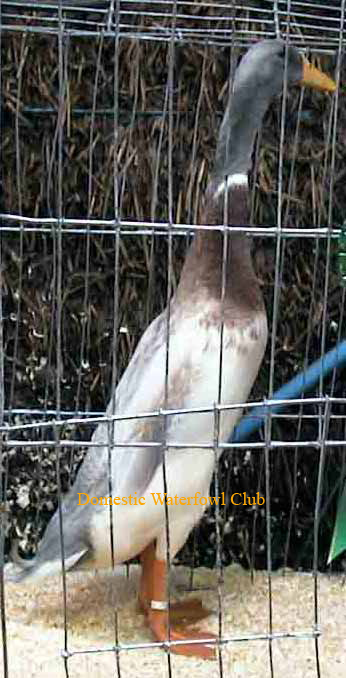 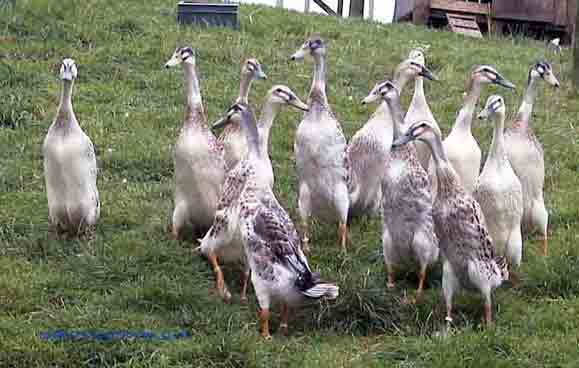 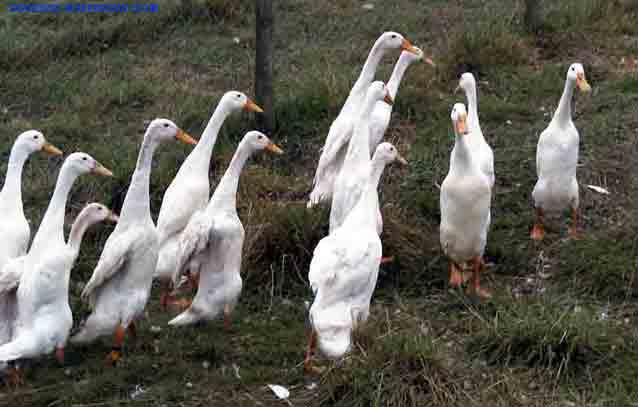 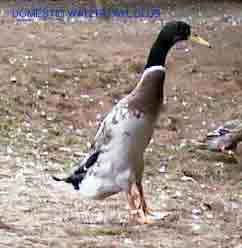