Breed History; . . . 1848 " Rouens are regarded as a French breed and appear to be the Mallard domesticated and enlarged by selection and breeding. . . . . .. The standard weights of adult birds, male and female, are nine and eight pounds respectively. They are hardy and are prolific layers of large greenish eggs.

The Rouen is visibly a giant Mallard duck marked with the same color pattern ,with drakes having green heads, white collars, claret breast and a blue patch on the wing,.They have large very deep bodies with the basic coloration of the Mallard ( watch bill colour and depth if buying). The Rouen was developed in France and was admitted to the  Standard in 1874 Also known as Le carnard de Rouen fonce' in France/Belgium . . another waddler that likes deeper water
The Rouen Clair is referred to in early poultry books as the Duclair Duck (Lewis Wright 1880's and others).  According to Wright in 1901 " Much was said at one time about the Duclair duck, named from a town between Havre and Rouen, and the chief duck of that district ; but there appears Continental nothing distinctive about it at all. Ducks. The colour is much like that of carelessly bred and mis -marked Rouens, or rather of common farmyard ducks with Rouen blood ; and those imported gave no better results than the old English breeds. The beautiful smooth white skin so admired is the result of French feeding, devoted to birds without keel. These ducks are long in shape, and not so deep in body as Rouens, and are very good layers. "
Again appearing in a variant of the common Mallard colouring but a useful breed with reasonable laying and brooding abilities.Also known as Le carnard de Rouen clair' in France/Belgium 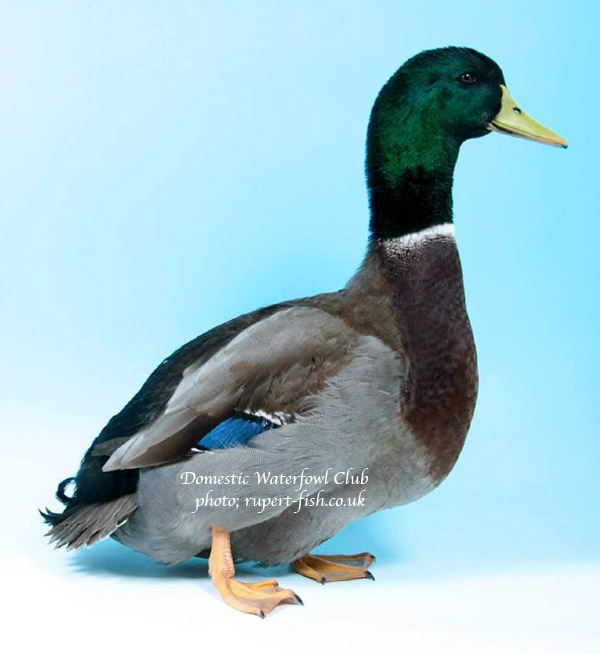 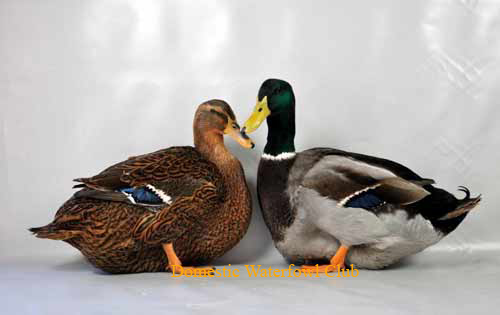 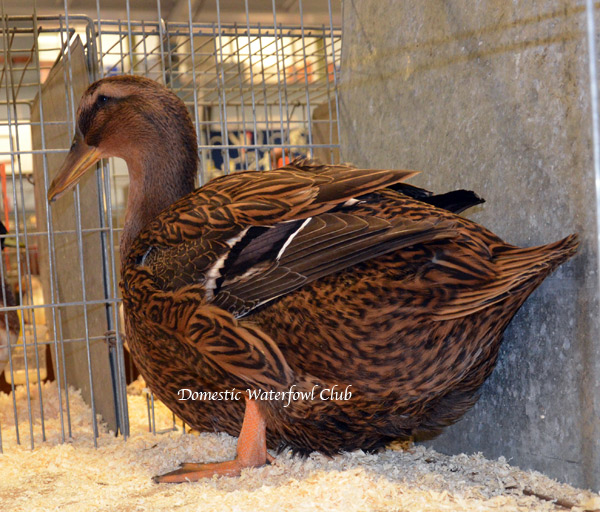 Hants + Berks show 2015 sorry re shadow over face below 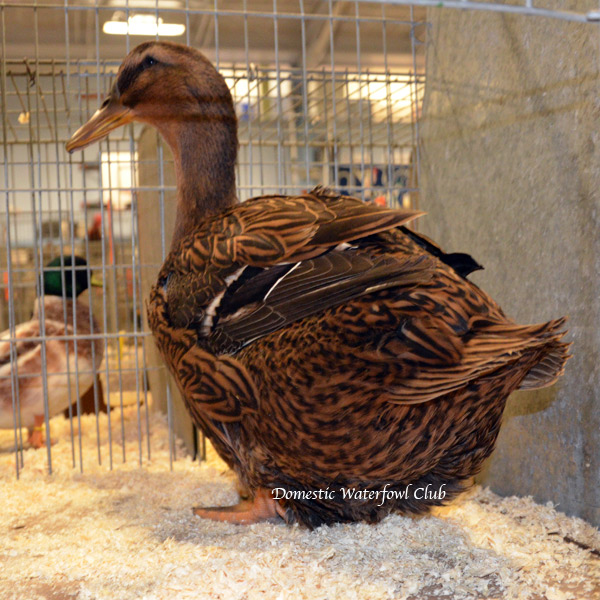 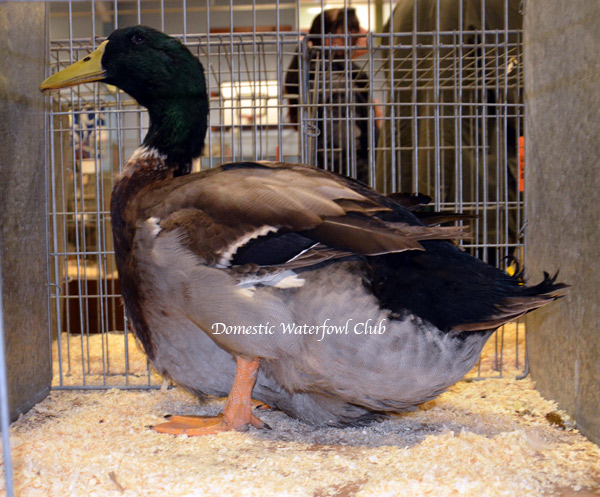 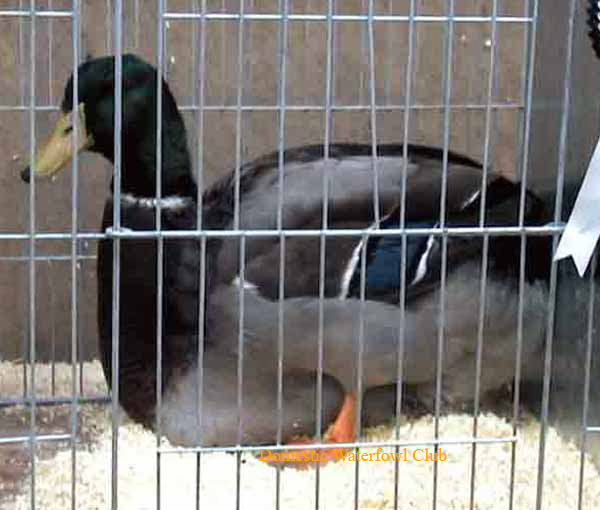 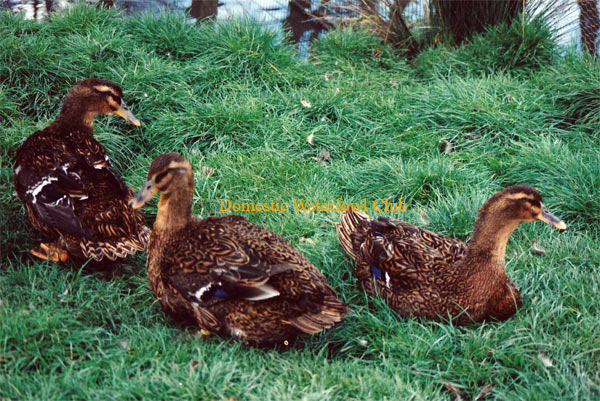 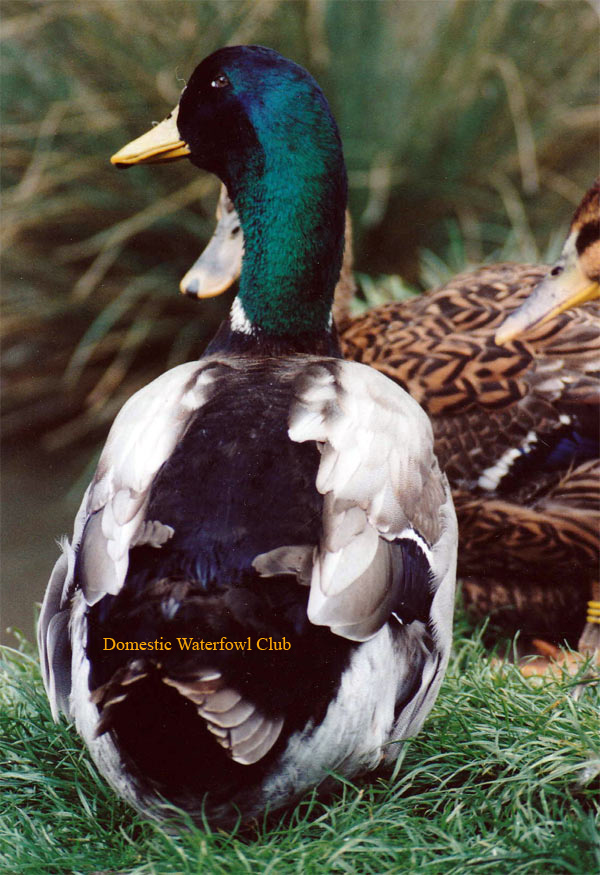 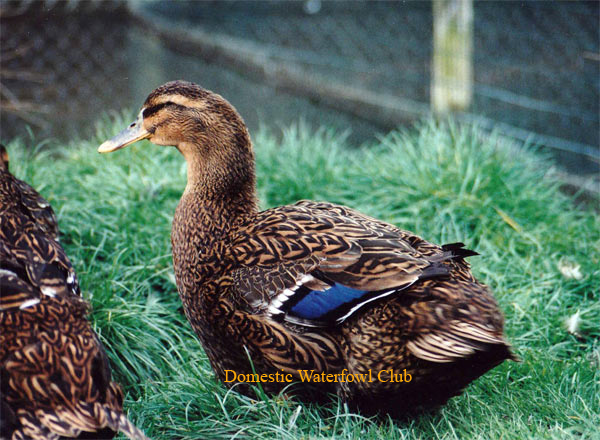 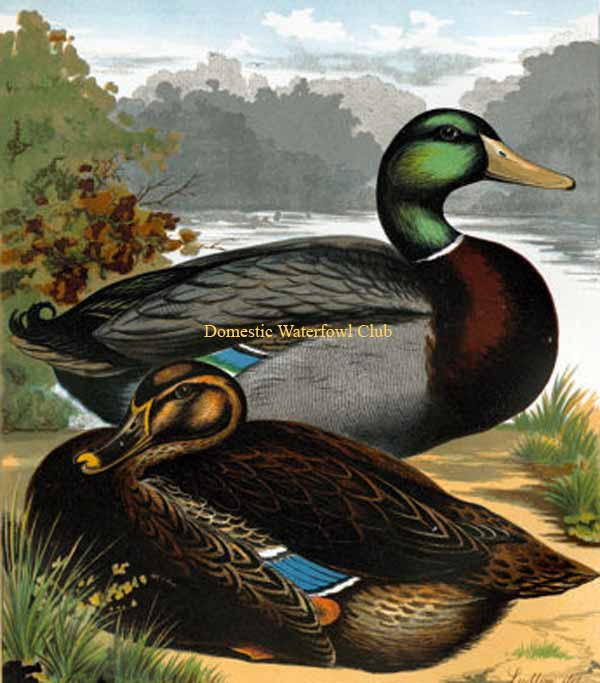